Need some ideas for how to get your kids to help you with the chores around the house? Here are some great chore chart ideas for the kids in your life – it works great for our preschooler!

One thing I think all parents struggle with is how to get their kids to be more involved around the house. It’s hard to get kids to be willing to actually help with cleaning and other chores, and it can be really frustrating to figure out what works for your family.

The one tool that has been a total game-changer for us is the chore chart.

I know, I know. It sounds overly simple. You’ve tried it. It won’t work for you.

We implemented this chore chart a few months ago for Jackson, and it has totally revolutionized how chore time goes in our house. Jackson is much more willing to help, I spend less time nagging, and everyone is a little happier.

So, how do we do it? Let me give you the rundown:

Chore Chart Ideas: Get Your Kids to Help With Chores! 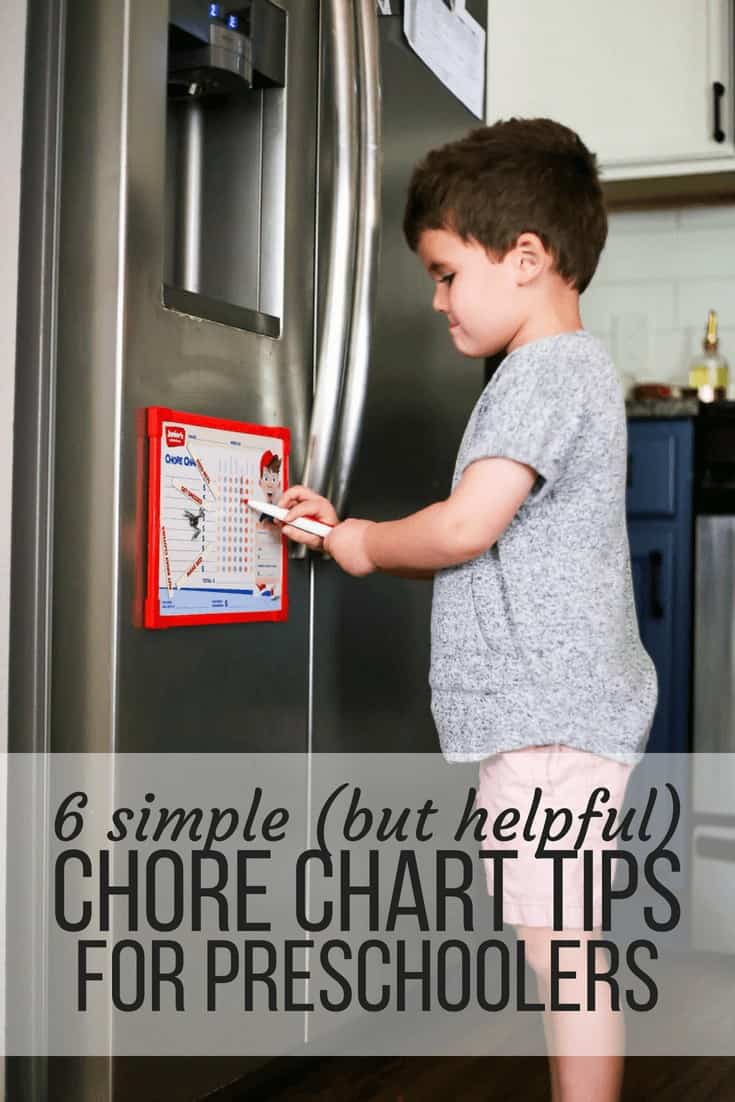 And really, that’s it!

This simple little system has made a huge difference in our day-to-day lives and has really made things so much more simple for us. Jackson has gotten so much better about completing his chores without complaining, and it makes everything a lot easier.

Plus, it’s so nice to not have to be the one in charge of cleaning his room or feeding the dogs anymore.

We’ve talked about chores a few times here on the blog – here are some other chore ideas for younger kids!

I’d love to hear your chore tips for getting kids more involved – what’s the process at your house?