So, I mentioned in Jackson’s 2 1/2 year update recently that he’s been potty trained for a couple of months. I’ve said for a long time that I had no plans of rushing to potty train him (I figured 3-ish would be a good time to start), and I think I was more surprised than anyone when Corey and I decided that it was time.

I’ll admit, I was TERRIFIED to get started with potty training. We had a good routine going with our diapers, I didn’t have to think about taking a toddler to the restroom when we were out running errands, and my life really didn’t need any added complications. But, I knew it was time to get started when Jackson kept stripping off his wet diapers during naptime and bedtime – once I walked in at 10:30 at night to find him dead asleep and totally naked. Add that to increased verbal abilities and a couple of months off of work for Corey and I and we decided it was time to just dive in. 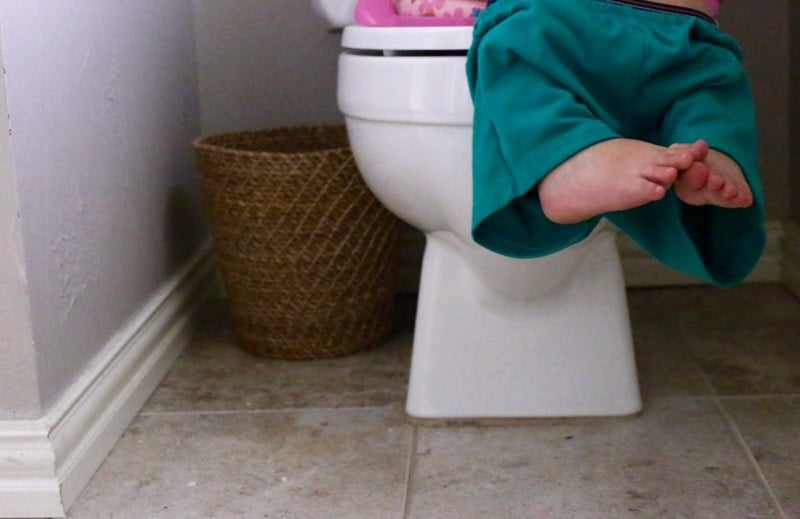 Here’s the general protocol we followed (This post contains affiliate links for your convenience):

On the day we decided to go for it, we went out with Jackson to buy underwear and a big new toy. He really wasn’t interested in what the underwear looked like, so we didn’t buy anything fancy. We bought this garbage truck for him to play with when he went on the toilet (more on that later), and we made a big deal about letting him pick it out, carry it to the counter, etc.

When we got home, it was straight to underwear. A lot of people advocate for naked potty training, but Jackson hates to be naked and freaked out when I tried it. He’s definitely not one to run around the house without pants and will only remove his clothes for bathtime or to change. So, we stuck with shorts that were easy to get on and take off and put him in underwear right from the start.

At first, we tried making him sit on the potty every 15 minutes or so. That was a disaster. I don’t recommend it. He hated it, he cried and screamed, and at first, he really had no idea what he was even supposed to be doing. So instead, I just switched to asking him every 15-20 minutes if he needed to sit and respecting it if he said no. If he peed on the floor, I would say, “Oh no! Pee goes in the potty, not in your pants!” and have him go sit on the potty. After an accident Jackson was always in charge of cleaning up – he had to take the dirty pants off, put new ones on, and wipe up the floor more or less by himself. I obviously helped where he needed it, but the idea that we tried to reinforce was that accidents just create more work for yourself.

If he said he needed to go, we rushed to the potty. He only used the little potty seat at first because he was scared of the toilet. I didn’t push it at all (we’ll get to how we switched over in a minute) and made a huge deal if he was successful. When he peed in the potty, he got to use that big, fancy garbage truck! We’d set a timer for 5 minutes or so and let him play with it. We kept it in the living room in front of the television and he couldn’t touch it unless he had peed in the potty. This was major for him. He absolutely loved earning the truck and I’m convinced it’s 90% of the reason he potty trained so quickly – he hated having it sit right in front of him in the living room and not being able to play with it!

Once he started to show some success, we added in another little incentive – he could earn bigger rewards for full days without accidents. I let him choose what he would work towards – for example, one day he earned a trip to go get ice cream, and another day he earned a new board game. We did about a week’s worth of rewards for him. After about three days, he was pretty much trained. He was consistently telling us when he needed to go, and we weren’t having accidents really at all. I waited for about a week, and then I decided it was time to transfer over to the big potty. We let him pick out a new seat for the potty, and I told him that from now on he could only earn his garbage truck for going on the big potty, not just on his potty chair. At first there was zero interest (even with the promise of the garbage truck!), but after a few days I decided to try something – he needed to go while we were upstairs, and I told him that I didn’t know where the potty chair was…he’d just have to use the seat. He protested at first, but he knew he needed to go, and I insisted that the chair was just lost. He let me put him on the big toilet, and he went! There was a major party and he earned the garbage truck, and after that something seemed to click. Now he can switch back and forth seamlessly, and he uses the big potty exclusively when we’re at home. 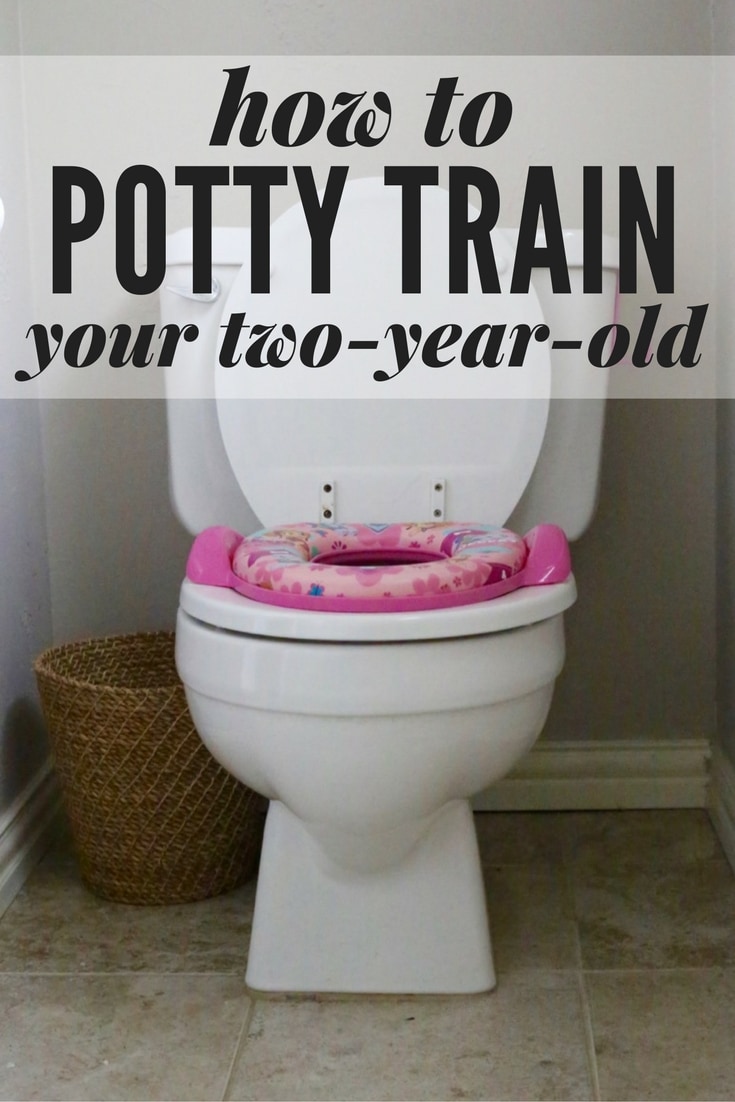 The only roadblock we’re still dealing with at this point is that Jackson continues to be absolutely terrified of public restrooms. He hasn’t ever peed in a public toilet, and at this point, I’m kind of wondering if he ever will. We keep the small potty chair in our car, and if he needs to go while we’re out and about we just take him out to the car to let him go. It’s annoying (and kind of gross) but we haven’t figured out a better solution yet. I tried “forgetting” the chair at home, but it just led to a giant meltdown. I’m sure we’ll figure something out at some point, but for now our little system is working okay.

I’m so glad we decided to go ahead and take care of potty training Jackson this summer, and I’m so relieved that it wasn’t as hard as I expected it to be. He’s back at daycare full time now and has had a pretty seamless transition to using the potty there as well – thank goodness!

So, even though I might not have a solid technique for you to try, I can assure you that potty training really isn’t as bad as you probably think it’s going to be and you may be shocked at how easy it is! Just remember to not rush it and don’t even attempt to get started unless you know your kiddo is ready. You can Google the readiness signs, but I kind of believe it’s different for every kid – you know your toddler best, so trust your gut!

Have you ever potty trained before? How old were your kids when you did it?