Two months. Eight and a half weeks. 60 days. And then we’ll be living in the town that we truly consider home. In our own house.

There are no words to express how excited I am. What’s even more exciting is that we close on our house in a mere 6 1/2 weeks. Ahh!

1. I will miss having my mailbox right outside my door. Silly, I know, but until I lived in this duplex I had never had a curbside mailbox outside of my house.

Growing up, we lived down a long dirt road, so the mailbox was at the end of the road, about a fourth of a mile away from our house. Then, I lived in apartments with community mailboxes. Then I got this house – the mailbox is at the end of my driveway just like it should be.

Our new neighborhood has those community mailbox stations. So, the mailbox will once again not be at the end of my driveway, and I’m strangely sad about that. 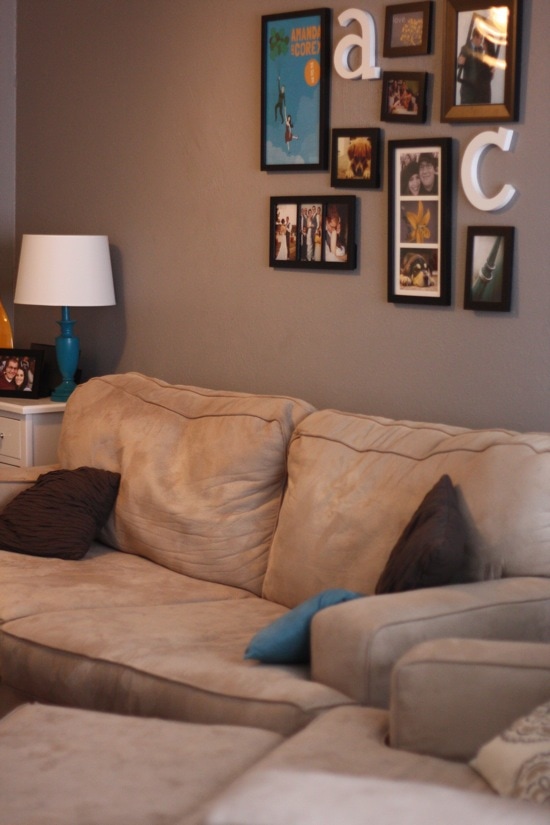 I love the collection of photos we have hanging in our living room, and our new living room layout isn’t really conducive to something like that. Of course, that’s probably not going to stop me from finding a place for a gallery wall SOMEWHERE, but it just probably won’t be front and center in the living room like it is now.

3. Location, location, location. While College Station doesn’t really offer much in the way of entertainment, we are right in the middle of what it does offer. It doesn’t take us more than 5 minutes to get anywhere in town that we could possibly want to go to, and most places take less than two minutes.

Our new house is still close to a lot of things, but not quite this close. We’ll be very close to our grocery store (which is the most important thing for both of us. Is that a sign that we’re getting old?) but everything else we’ll want is about 10-15 minutes away. Still not bad, but not quite as nice as the super quick drive it is now!

And now the list that I could probably do a lot more than three things on: the things I will absolutely NOT miss in the least. 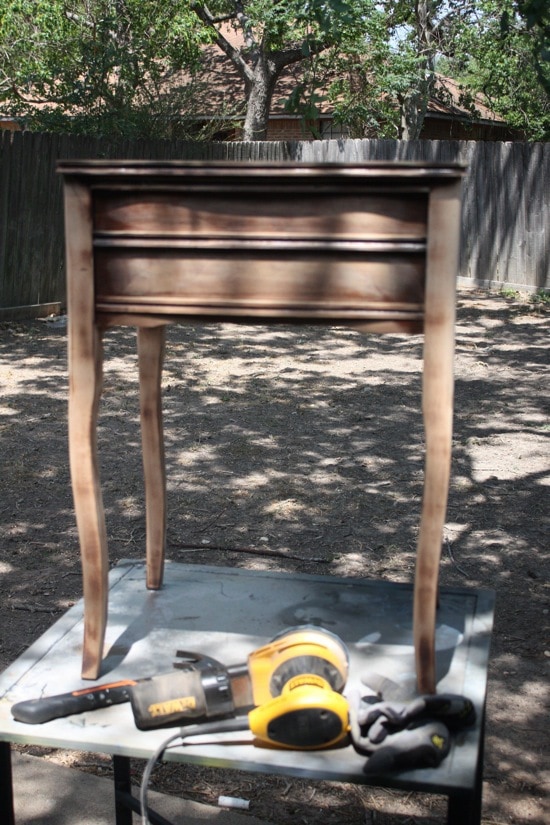 (I don’t have a good photo of just the backyard, but you get the idea)

When we first moved into this duplex we were both very excited about all of the shade in the backyard. Until we realized that it was so much shade that our grass wouldn’t grow. As you can see in the photo above, our yard has NO GRASS. It doesn’t help that the renters before us didn’t take good care of the yard, so whatever grass had been there was dead and gone. It’s finally starting to grow a bit of grass now that we’ve been taking care of it for almost a year, but it’s still only a few patches here and there.

Now, I can live without grass. I mean, it’s not a huge deal to me that the backyard doesn’t have grass. The part that really bothers me is the insane amount of dirt that the dogs track in on a daily basis. With no grass to keep the dirt outside, I could sweep twice a day and still not keep up with all the dirt that covers my kitchen floor. It’s disgusting and I’m more than ready to move to our new house with a lush, green backyard!

Our refrigerator freezes things (no matter what temperature we have it set on), our oven’s thermometer is wildly inaccurate, our dishwasher gives me dishes that are dirtier than they were when I put them in, our A.C. is older than I am and can’t keep up with the Texas heat, and our hot water heater doesn’t like cold weather and basically refuses to work when it’s below about 50 degrees outside.

That’s really all I need to say about that, isn’t it?

3. BUGS. Now, I keep a pretty clean house. I mean, it’s not immaculate at all times, but I clean on a very regular basis and there aren’t things like old food sitting around or anything like that. Yet we continue to find ants, spiders, and cockroaches roaming around our house constantly. I have three ant bites on my body right now just from taking a freaking shower. We’ve had the exterminator come to the duplex three times in the ten months we’ve lived here (and he’s coming again today) and the bugs just keep. coming. back.

I will NOT miss the bugs.

And that’s the list for June. Only one more list to go before we’re living in Austin again! Corey and I headed out to Austin tomorrow for our home inspection, and I’ll be grabbing the camera from his parents’ house, so be ready to hear all about our house hunting adventures!

What are some things you would miss (or, you know, NOT miss) about the house you live in now?