It’s been a while since I told you what’s going on in the garage, hasn’t it?

For those of you who don’t remember, Corey and I are currently in the process of giving our garage a major overhaul and turning it into a media room/craft room/general room of awesomeness. We’ve never used it for parking our cars (most people in our neighborhood don’t, strangely enough), and my sister did it in her house and we love the functionality of it. So, that’s been going on for a few weeks now.

Last time I talked about it, it was looking slightly more like a room, but still pretty crazy.

We’ve made a ton of progress since then, even though it feels like we’re moving at a snail’s pace. Here’s what it looks like as of this weekend: 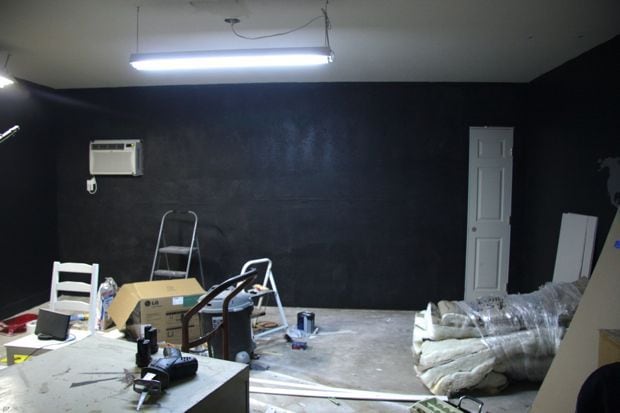 As you can see, the paint job isn’t finished (the back wall still needs another coat and we plan on doing a stencil accent on the wall to the left), and the room is still a wreck…but it looks like a room!

Let’s back up a little, though, and talk about how we got here. This isn’t going to be a full tutorial on how to build a wall in your garage because, quite frankly, I only have a very vague understanding of how Corey made it happen and my tutorial would suck. So I’ll give you the quickie version and if you actually need help on doing something like this, I’m sure there are many smarter bloggers than me out there who can help you out.

So, we started off with a garage that looked like….a garage.

First thing we had to do was clear it out as much as possible and get rid of all the (disgusting, falling apart) built-in shelves that were in there. 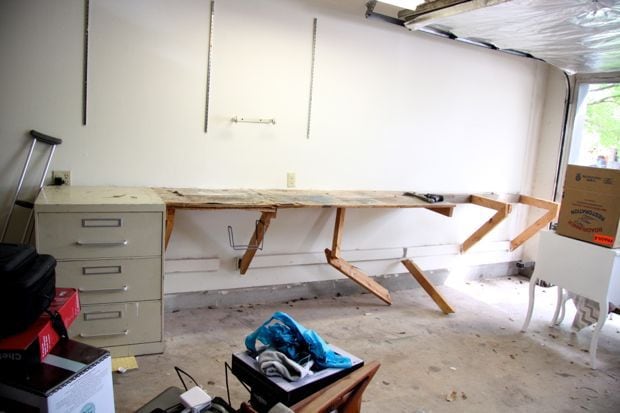 Then, we had to deal with the garage door rails. Obviously we won’t be using the garage door anymore, but we weren’t willing to spend the money on completely taking down and framing in the garage door (plus that’s awful for resale – this renovation could easily be converted back into a garage someday when we sell!). So, Corey simply took down the motor for the garage door and cut off the rails right behind where the wall would be. The door is still supported (it’s very tightly attached to the wall on both sides of the door), and garage door rails aren’t horribly expensive for us to replace down the line if we ever decide to convert it back. 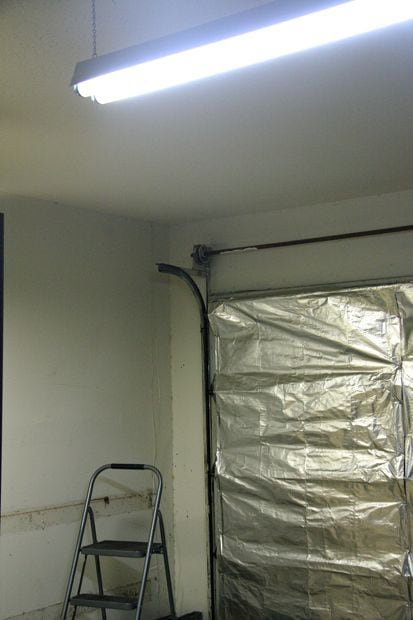 Then, once that was all taken care of, it was time to build the frame! Like I said, I know nothing about what exactly goes into this, but here’s what it looks like: 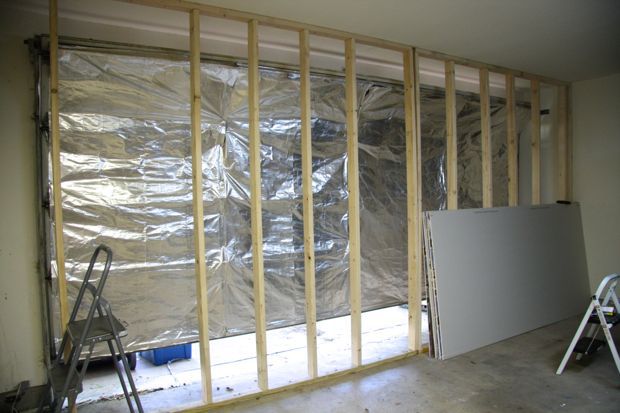 It was starting to feel slightly more like an actual room at this point, but we still had a long way to go. We had an electrician come out and add some outlets to the wall so we could plug in our AC unit and various other things, and then it was time to hang the drywall!

The next step involved taping, floating, and texturing. All things I stayed very far away from while Corey was working on, so I have minimal photos. But here’s what it looked like once all was said and done: 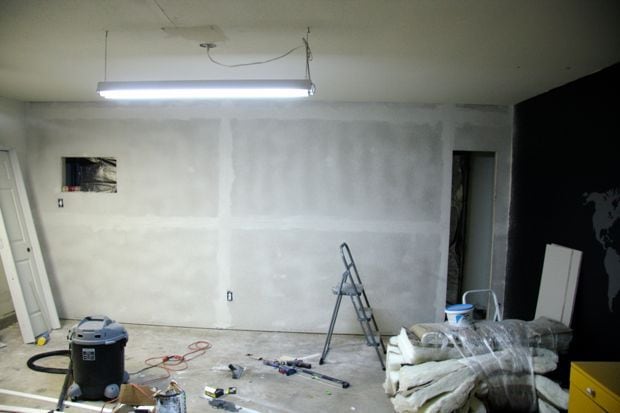 It’s a wall! It’s kind of hard to believe we actually did this ourselves – so proud of us! The hole on the left is for the window unit we installed in the room to make sure it stays nice and cool (we have the garage door slightly propped open on the bottom to help vent) and the one on the right is for a door so we can access that little area if needed.

That finally all got taken care of over the last few weeks, and by this weekend it was ready for priming and painting. So, I spent the majority of my weekend in the garage painting my life away, and I’m almost (ALMOST!) done. Oh, and Corey installed the window unit and the door – so now it REALLY looks like a room! 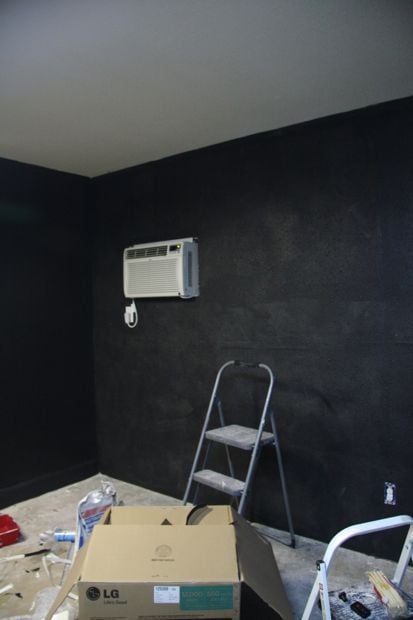 So what comes next? We need to finish the paint job (obviously), then we plan on painting the floors. We had played around with the idea of carpet, but we realized that painting the floors would be a fraction of the cost, so we’re going to try it out and see how we like it. We may decide to go with something else down the line, but for now painting the concrete will make the room functional (and, I’m hoping, pretty). Once that’s taken care of, we can start the fun stuff like bringing in rugs and furniture, changing out the light fixtures, and adding a big set of curtains to hide the ugly water heater and purifier (which would be why that whole corner has been left unpainted). 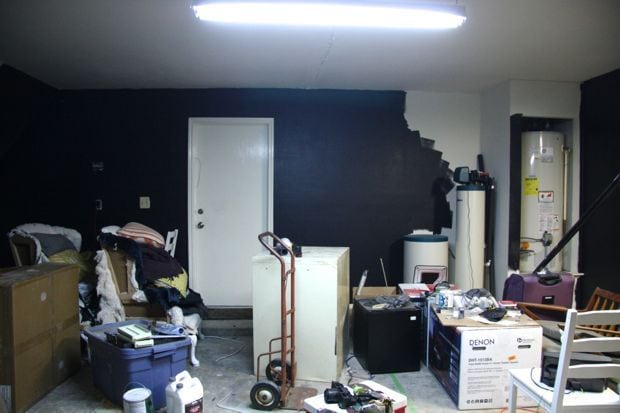 We’ve got a long way to go but I really feel like it’s finally starting to come together (at least kind of), and I can maybe see the beginnings of a light at the end of the tunnel!

Plus, I don’t know what could possibly be more motivation to get this room done than having two giant rugs sitting in my living room just waiting for it, and a ton of crap that will end up back in there (or at our local Goodwill) once the renovation is done sitting in my dining room. I want my house back!

Anyone else working on some big projects lately?