Talk about dropping a bombshell on a Friday morning, huh?

You read that title right – Corey and I have officially decided that within the next few months, we’ll be selling our house and moving to a new one.

If you’re thinking this kind of came out of nowhere, well, you’re right – it did! It’s been a complete whirlwind decision for us, and I’m still feeling a little overwhelmed at how quickly we went from “we’ll live here a few more years” to “let’s move – NOW.”

Let me be clear – we haven’t sold our house yet (it’s not even on the market), we haven’t found a new one yet, and no official plans have been made. But, I wanted to keep you guys informed on what’s happening so here we are.

I know a lot of bloggers wait to share details about moving until it’s all said and done – and I totally understand the reasons why. It can get tricky to actually keep people informed when things are so up in the air, and moving can be such a personal and emotional decision – it’s hard to be vulnerable and share what’s going on. That being said, I’ve always been really honest with you guys and I feel like y’all are all my best friends…and you don’t keep secrets from your best friends. So, I’m going to take you along on the entire journey – starting with why in the world we’ve made this abrupt decision. 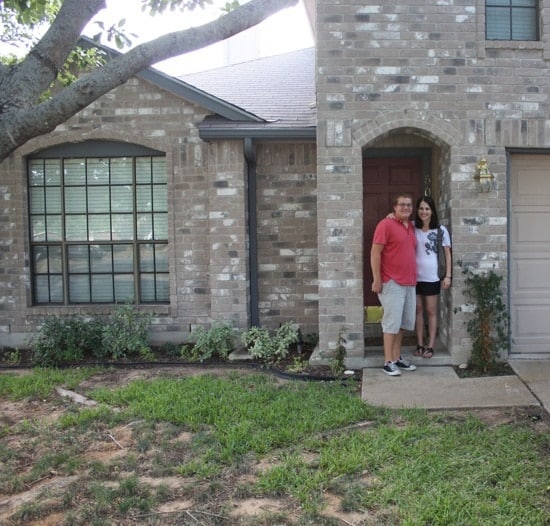 Look at us! We were babies!

Corey and I bought this home almost exactly 6 years ago. It’s the first home we’ve ever owned, and we love it dearly. The neighborhood is close to everything that’s important to us, the house is charming and needed just the right amount of love to provide tons of projects for us, and it is a perfect size for a small but growing family. We’ve always known it wouldn’t be our forever home, but we figured we’d live here for a few more years until we could afford to buy our “dream home,” and we were in no rush to get out of here.

But (and this is where I’m gonna get real vulnerable with y’all), we’re also currently on a journey to pay off all of our debt. Last year we went through Financial Peace University at our church and this month Corey actually started teaching the class. Getting rid of our debt is something we’re really passionate about and have been working on very seriously for the last year or so, but since I quit my full-time job to pursue blogging as a career we suddenly had a lot less disposable income to throw at the debt. We quickly realized that we were looking at several more years of working on paying off the debt, and unless something drastic changed there really wasn’t an end in sight anytime soon.

One night I was having a hard time sleeping and I was spending a lot of time thinking and praying about what we could do to make this happen faster, and it suddenly hit me like a ton of bricks. Sell the house and buy something smaller. It was an obvious solution, but one that hadn’t even crossed our minds yet. The more I thought about it the more right it felt, and I ended up spending most of that night researching homes in our area and trying to see if it was even feasible. As soon as Corey woke up the next morning, I pounced on him with the idea and, to be honest, I’m pretty sure he thought I had lost my ever-loving mind. He was kind and didn’t dismiss me right away, but I could tell he was not into the idea. But I asked him to think about it and pray about it throughout the day, and he hadn’t even made it to work before he called me to tell me he’d been praying and he agreed – it was the right idea. 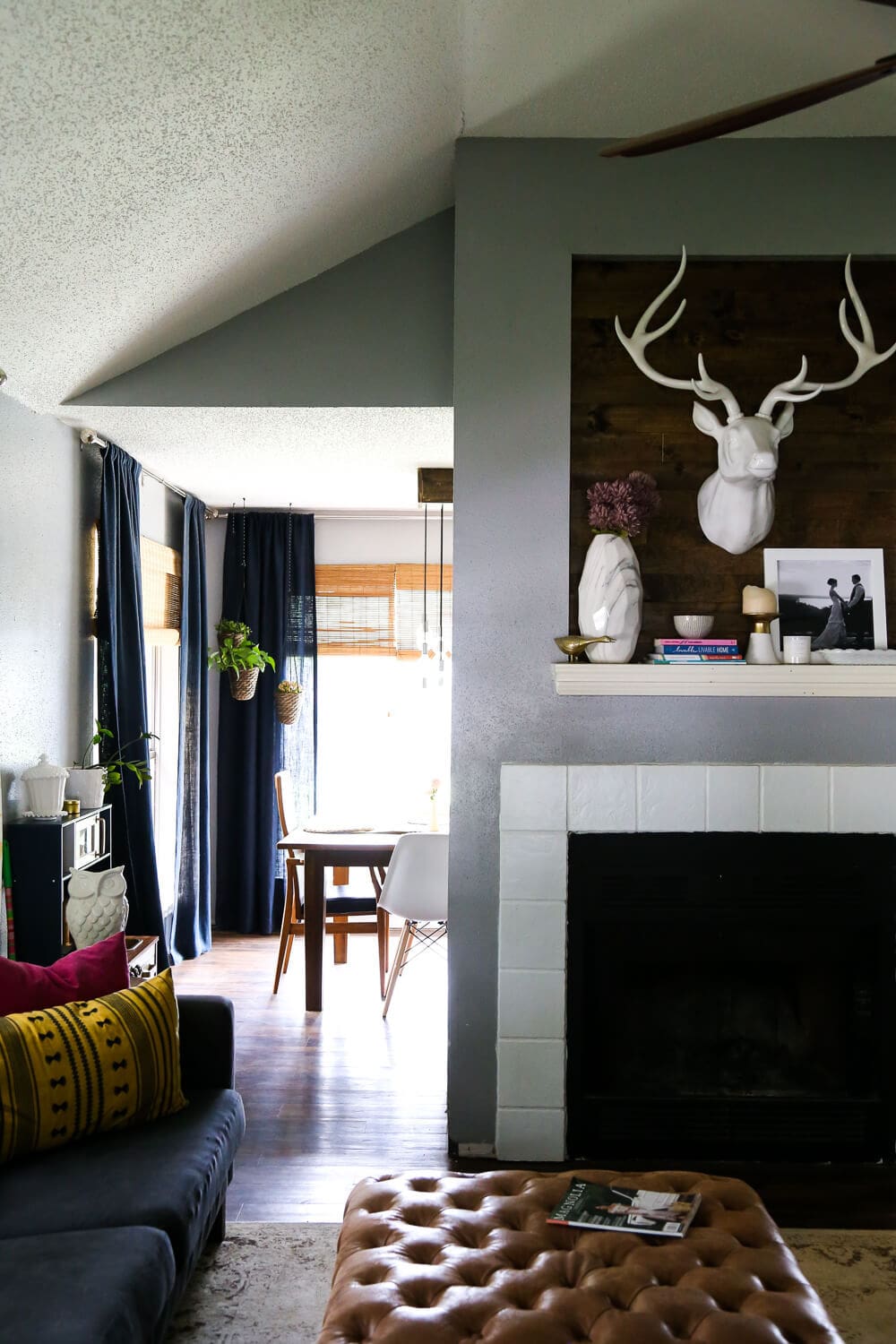 So, what’s the plan? We had a realtor friend come out and take a look at the house to discuss what needs to be done before we can list – you’d think that since I write about my home for my job it would be pretty easy to just list it right away, but in reality blogging about my home means that at any given time there are approximately seventy-bazillion unfinished projects in the house (remember? I’m the queen of the 90% complete project) and our home is actually probably more of a mess than your average home. This might not be true for all bloggers, but it’s definitely the case for us. We have a short list of things that need to be accomplished before we feel comfortable listing the house (I’ll elaborate more on that later), and as soon as we can cross all of those things off the list, we’ll be putting it on the market. I can’t say for sure how long it will take – definitely more than a month or two, but in an ideal world we’d be moved and settled into our new house by the end of the year.

We plan to stay in the same general area that we live in now, but we’ll be buying a home that’s significantly smaller, and probably one that needs a lot of love. We’ve built up a good bit of equity in this home since we purchased it, and it also is worth significantly more than it was 6 years ago, so we’re hoping that after we deal with closing costs and the down payment on our new home we’ll have enough left over to knock out most (if not all) of our debt. Just thinking about the fact that we may be debt free within the next year or so has me completely and utterly giddy and I can’t even tell you how much it means to me. I’m gonna cry when it happens, I promise.

We plan to stay in the house that we buy for at least 3-5 years. We’ll work on fixing it up and spend some time saving up for the home we really want – one with a bit of land and some room to grow. Once we’re ready, we plan to keep the smaller house as a rental property. It’s always been a dream of ours to have some investment properties, and we figure this is a really great first step down that path. The long-long term plan is that eventually we’d love for Corey to be able to quit his accounting job and work from home with me. We dream of owning a few rental properties, pursuing some different avenues with the blog, and maybe even flipping a house or two. It’s a lofty dream, but if we’re ever going to reach it we have to take that first step, right?! 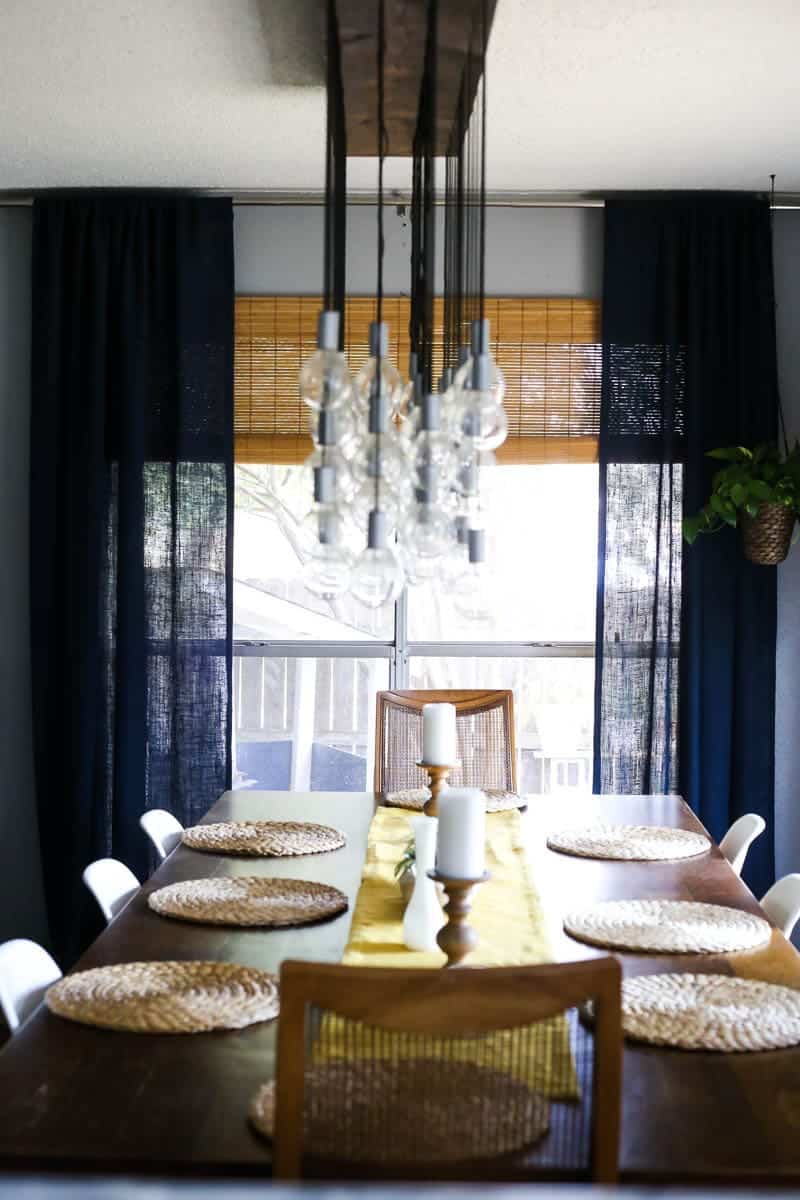 So, that’s where we’re at right now. We’ve started to make plans to knock out all of the stuff on our pre-moving checklist (I’ll write another post with more details on that, since this one is already well over 1,000 words and I don’t want to put anyone to sleep), and I’m feeling hopeful that we’ll be able to get it all crossed off pretty quickly. We’re both really motivated to get this done, so say some prayers for us that we’re able to get everything done sooner than later. My perfect world scenario would be that we’d be able to spend Christmas in the new house!

I plan to keep you guys fully informed as we head down this path and start making plans to sell our home. Let me know if you have any questions or anything you want me to make sure I cover – this can be a learning experience for all of us!

Have you ever downsized homes before? Do you think we’re totally crazy?