If you’ve been reading for a while, then you’ll know that Corey and I get just a little, ahem, excited about decorating for Christmas. I was looking back at some of our old Christmas posts recently and laughed at how quickly our house went from just a few decorations to complete over-the-top insanity. And we aren’t slowing down anytime soon – we already added a few new items to our collection this year!

What can I say? I don’t decorate for any other season, so I figure I have permission to go all-out for Christmas. 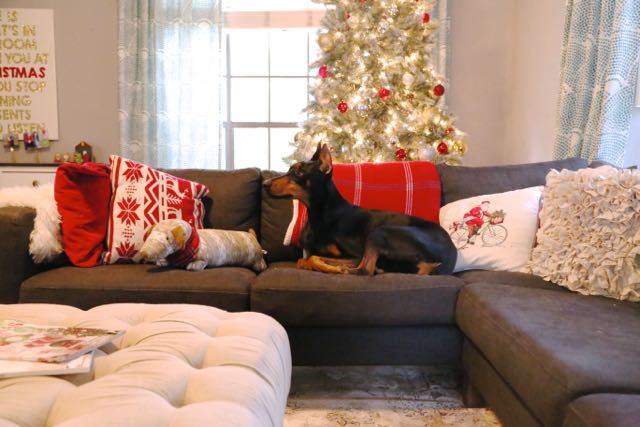 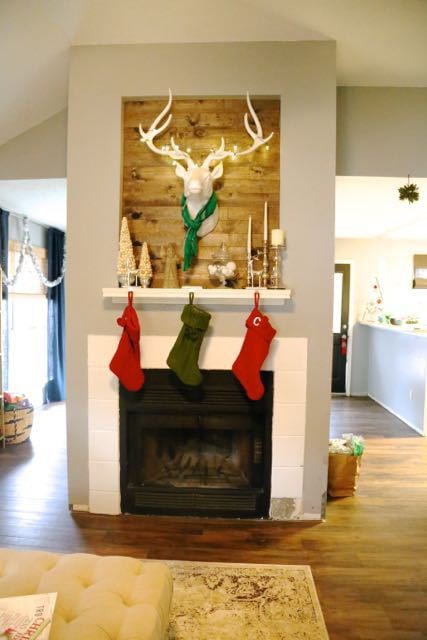 We had a special challenge when we were decorating this year – a mobile baby! Jackson isn’t walking yet, but he’s crawling all over the place, pulling up on everything, and getting into EVERYTHING. So as we were decorating (and buying new decorations) we had to seriously consider what he would be messing with and how we could make sure he stayed safe.

We went ahead and decorated our tree as normal – by the time we did the rest of the house we had already had a tree up in our room for a few weeks and he had been really good about leaving it alone. He’s curious, and he’ll touch it/bat at the ornaments a bit, but he’s generally good about listening to us when we tell him to be gentle. We stuck to putting our breakable ornaments up high, but beyond that our tree looks just like it always does. 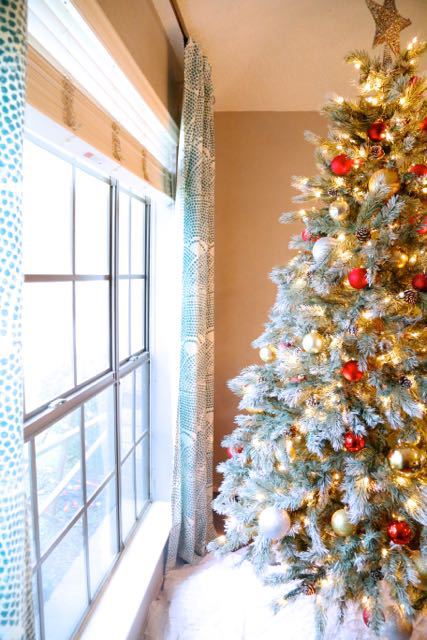 Our bookshelf was where I really had to get creative. Jackson loves to play with the items on the shelves and I generally keep a few toys for him on the bottom shelves so he has something safe to play with. I wanted the entire bookcase to be decorated for Christmas, but didn’t want to have to constantly be pulling him off of it. So, I put all of our cookie tins on the very bottom shelf (they’re pretty much indestructible and make a really loud, fun sound when you pull them off the shelf!) and put some soft, not-suepr breakable things on the second shelf. So far it’s worked great – he loves playing with the cookie tins and has pulled a few of the items off of the second shelf but has left the stuff towards the back (like the big candle) alone. We’ll see if he stays this good about it for the entire season, but I’m pleasantly surprised so far!

The dining room is mostly the same as it is every year, but this year I added a felt tree on the back of the fireplace – Jackson loves playing with it/pulling everything off of it. It’s really meant for slightly older kids who are actually interested in decorating it, but he enjoys it a lot now, and it will grow nicely with him over the years. 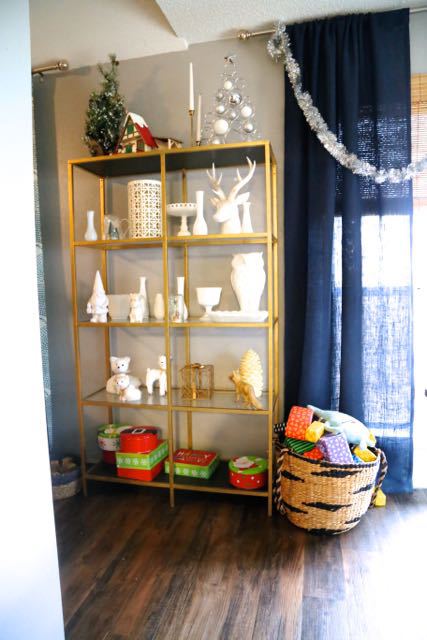 Jackson loves the tree in the kitchen – all of the ornaments that he can reach are totally safe for him to play with, and none of the ornaments on this tree are too precious, so we’re a little more lax about letting him play with it. He’s still super cautious and hasn’t really pulled anything off of it yet – he just loves to touch it! He’s also very curious about all of the items on the counters – the mini tree by our sink may be his favorite decoration in the whole house! 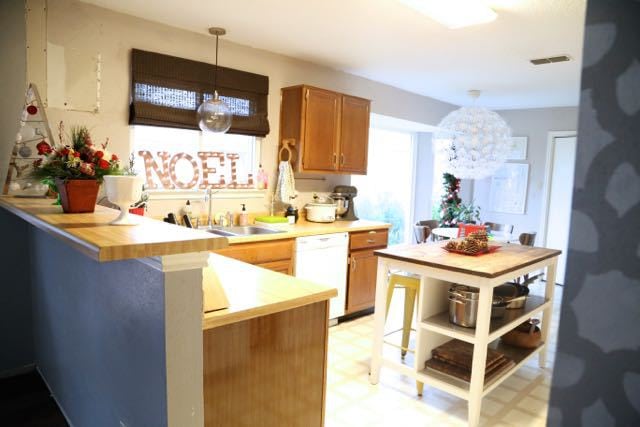 I’ve always been a gigantic fan of the entire Christmas season, and I absolutely love everything about it…and this year, with Jackson, there are no words for how much more special it is. I love watching him experience everything for the first time, and it makes me so much more excited for future years when he understands it all a bit more!