You have no idea how much I’ve missed y’all over the last week or so as I’ve been moving, unpacking, and settling in to our new home. I have so many things I want to share, and I’m so excited to be back and blogging again.

I’ll be honest and say that it still feels very weird to actually be living in Austin. Corey and I have been talking and dreaming about it for so long, it’s very surreal to actually be doing it. But, we’re here and we’re here for good so I guess we’d better get used to it! It’s still kind of hard to believe that it was just over a week ago that Corey and I packed up everything we own into a moving van, took a few last minute photos of the empty house, and headed out of College Station for good. 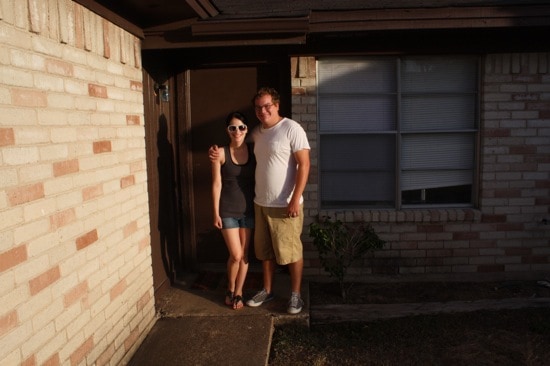 Our last photo in front of our little duplex 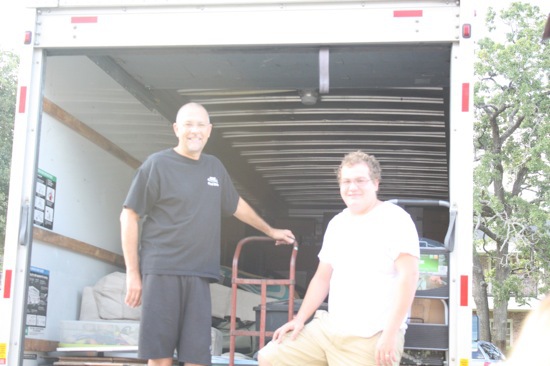 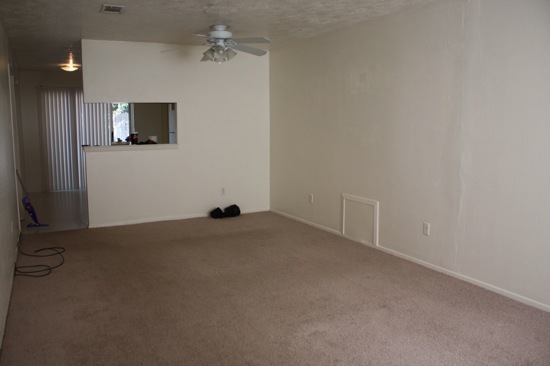 For the first few days we lived here, it was absolute chaos. There were people all over the place, installing things, spraying for bugs, and for the first week or so my house kind of felt more like a train station than an actual home. It wasn’t until this past Thursday or Friday that Corey and I actually had a full day in our house without anyone else being there – and it was glorious.

After having our duplex be so incredibly messy for the last couple of weeks we lived there, it was kind of sad to realize that there aren’t any magical moving fairies that come and make your new house look perfect from day one. Instead, I had to deal with this for the first few days: 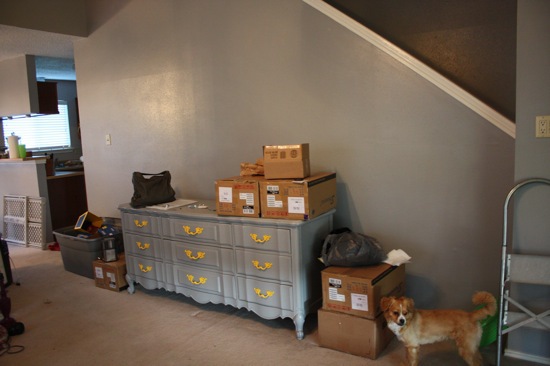 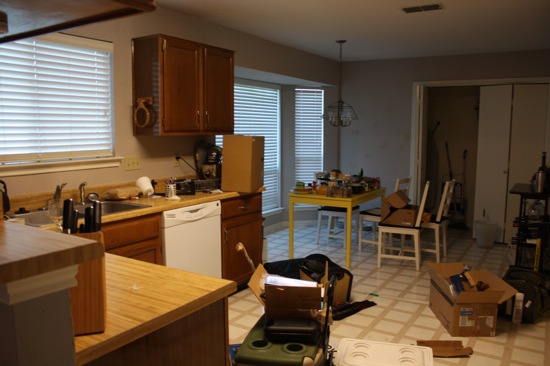 Oh, the joys of moving.

But thankfully, we’re almost completely unpacked, organized, and settled, and it’s starting to feel a little bit like home.

The dogs have definitely settled in, and they’re loving their huge new backyard. Of course, when we first moved in the yard was practically a jungle because it hadn’t been mowed in a good two or three weeks and we didn’t own a lawnmower. Oops. 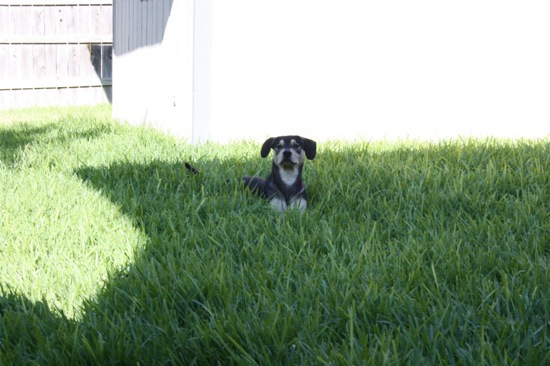 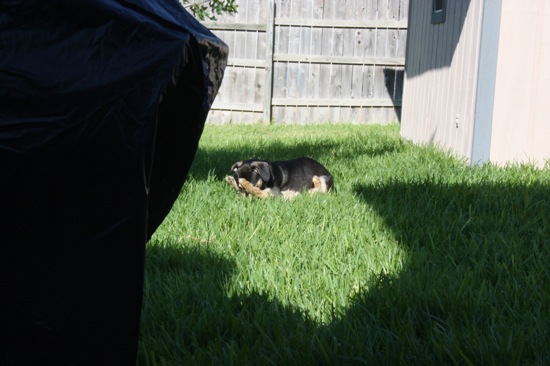 You probably can’t tell, but Cullen is actually in that photo, underneath Ranger. He was pretty much completely invisible in the grass.

Thankfully, we have since invested in a lawnmower and the grass is a much more manageable length – and I can actually see Cullen when he’s outside!

I have an insane amount of stuff to share with you, and I can’t wait to get started. But first, tell me what’s new with you – anything new in your lives in the past week? Also, if you’ve made the move from renting to owning, did you forget that you’d need a few basic things (like, um, a lawnmower!) like we did?