We have a majorly off center chandelier in our dining room, and we needed a solution, fast! Today I’m sharing the inspiration and some off-center lighting solutions for how we plan to fix it.

Remember the mothership-style light fixture in our dining room? The one that looked like this when we first moved in? 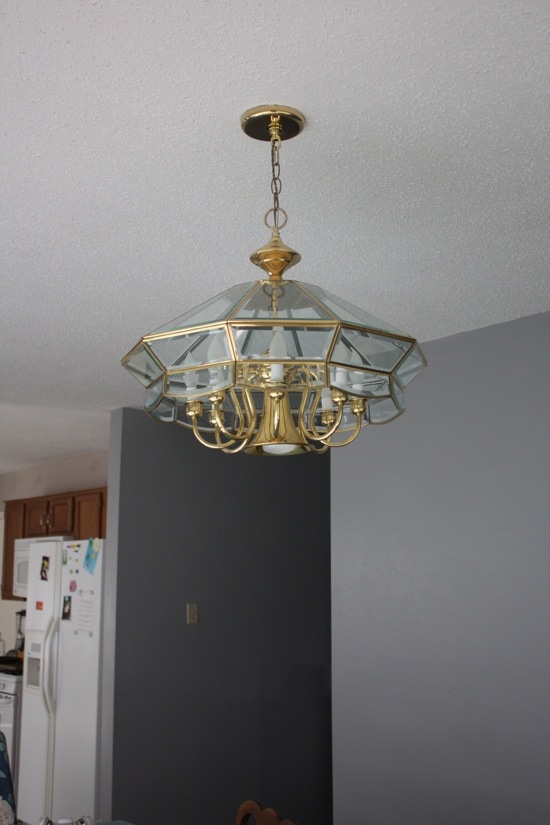 And then remember how we gave it a quick makeover a few months ago and made it slightly less ugly (though still pretty bad)?

Well, that obviously wasn’t going to be our long-term solution, so for the last several months Corey and I have been waffling back and forth on what we wanted to do in there. We have a very large dining table (it’s 9 feet long!), and the light socket is way off center in the room, so we had a few interesting dilemmas to solve before we could get started.

Our first problem to solve was the off-center light socket. When I say off center, I mean that it’s WAY off center. It looks a little ridiculous. We figured we could solve that one of four ways: 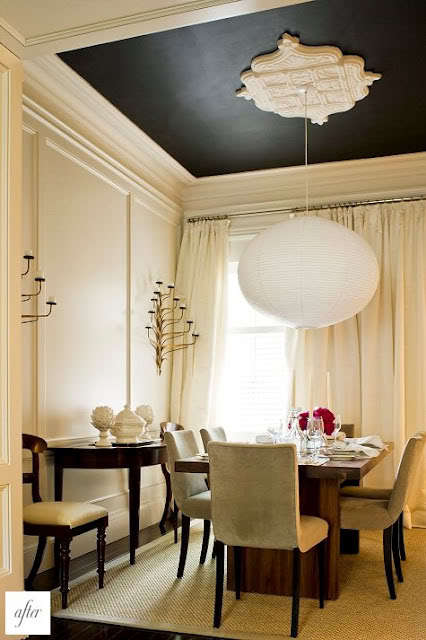 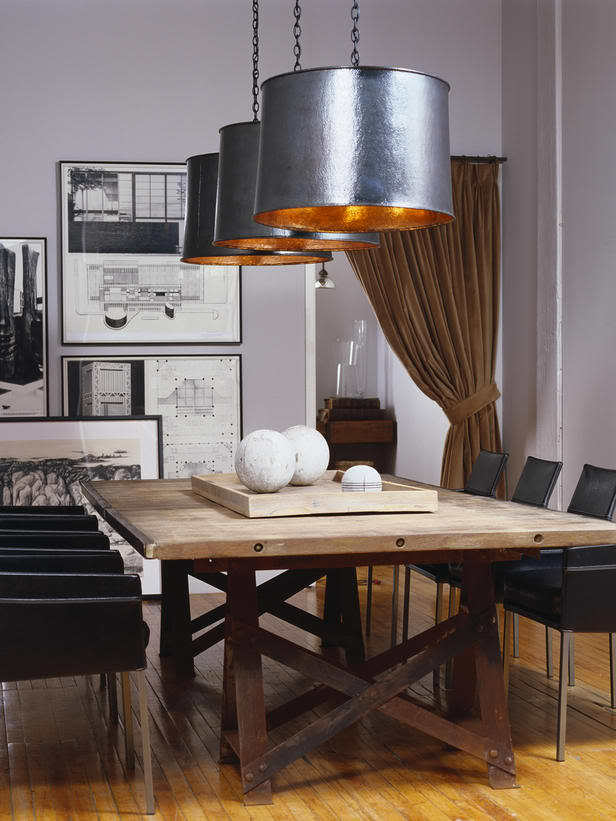 It would be pretty expensive and annoying to have to move the light socket, so we knocked that option out pretty quickly. I was really drawn to the idea of having multiple lights – our table is so huge that we really needed to find something with a lot of presence in order to make a statement in the room. An easy way to accomplish this would be to have a couple of large lights (like in the photo above) – it would solve our off-centered socket problem, and would probably be a lot cheaper than finding one giant light fixture. But, alas, Corey wasn’t interested in the multiple-light approach, and he insisted that he wanted to find one large light that would work in the room.

We did quite a bit of browsing trying to find a good light fixture for our dining room, but we quickly realized that anything that fit our qualifications (giant, large base, and modern) was insanely expensive – I’m talking a minimum of almost $1,000 on any of the lights we really liked. So, um, yeah that was out of the question.

The next logical step was to decide that we would make something on our own. We were really drawn to the light fixture at our friends, Steve and Melanie’s, house and they had made it themselves, so we thought we might try something along those lines. 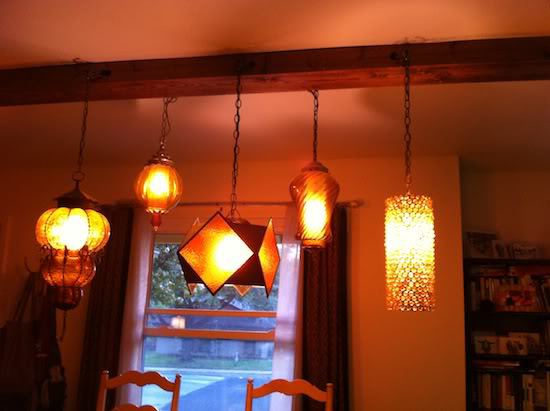 (Sorry for the terrible iPhone shot!)

Beautiful, right? We looked at several different antique shops to see if we could find some similar lights that we could turn into an amazing light fixture of our own, but most of the ones we really liked were expensive, and we didn’t want anything too colorful because we didn’t want to limit ourselves to certain colors because of our light fixture. But we knew we were on the right track – this was the style of light we wanted (multiple lights or lanterns hanging from a single, large base) and we just had to figure out how to accomplish it.

Unfortunately, I’m not a fan. They have a serious country feel to them, and for some reason, they just don’t do it for me. But that idea definitely got our brains working – what about a collection of pretty jars or containers hanging down? Of course, then we had the logistics of how to add a light, how to drill a hole in the glass, and how to make sure it looks like a light and not a cookie jar hanging from the ceiling.

We got to a point of frustration with the whole project and were just about to drop it and live with our mothership-turned-fabric-covered-light for a few more months when I stumbled on the perfect inspiration on Design*Sponge. (Where else?!) I was looking at a post because the room had a bedspread I had been trying to track down for a few weeks, but I got to browsing the other photos and I saw this: 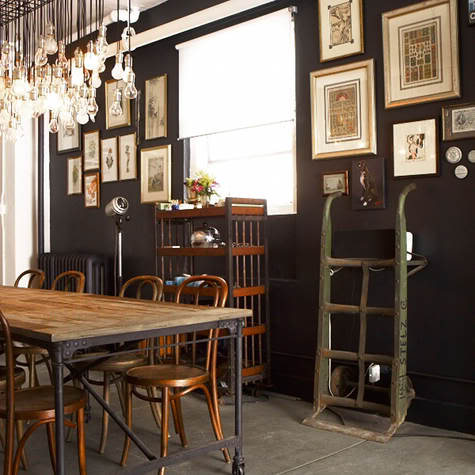 You can barely see the light fixture here, but I was immediately drawn in. After frantically reading through the comments I learned that they used 100 light bulbs attached to some sort of pipe (they made it themselves and weren’t interested in sharing the actual how-to, so details were very vague) and only 10 of the lights actually lit up. I showed the photo to Corey and he was just as smitten with the idea as I was, so we started brainstorming.

We recently finished the project and it turned out better than we ever could have imagined. If you want to see how we solved our off-centered lighting issue, just click here to see our DIY chandelier – it’s the stuff dreams are made of!

I’m so glad we found a solution that we love so much, and it really totally transformed the entire look of our hose! Side note – if you don’t want to create your own DIY light fixture, just click here to see how we fixed an off-center lighting issue in our second house!

Do y’all have as hard of a time as I do finding ones you love? Anyone ever just said “screw it” and made your own light?

Previous Post: « Living Room Refresh With Basset’s MODERN Collection
Next Post: How to Turn Your Wall into a Giant Chalkboard »