Moving into a new house has brought all sorts of fun new styling challenges for us. How do we squeeze in enough seating in a small house? How do we combat the fact that we get very little natural light throughout the day? Where do we store our Christmas decorations? How in the world do you decorate a mantel with a television hanging above it?

We’re still learning how to answer most of these questions, but you know I love a good challenge and I’m all about sharing what I’m learning as I go. And, since today happens to be the day that my Back to Basics blogging buddies and I are supposed to be posting about decorating mantels, I figured it was the perfect time to try to answer that last question.

Because, if I’m being honest, it’s taken me some time to properly mourn the loss of my mantel as a place to go crazy decorating. I love a good mantel decorating session, and it’s been a popular blog topic over the years. But, alas, above the fireplace was really the only logical place to hang the television in this house, so I had to make like Elsa and let it go.

Sorry. Can’t help it with the Frozen jokes. I have a preschooler. Forgive me.

If you don’t remember what the Back to Basics series is, let me remind you – every month a few of my blogging buddies and I all come together to share some tips and tricks from a basic aspect of home decor or homemaking. We’ve talked about things like holiday treats and getting organized for the school year and floral arranging and more. And today? We’re chatting about mantels. 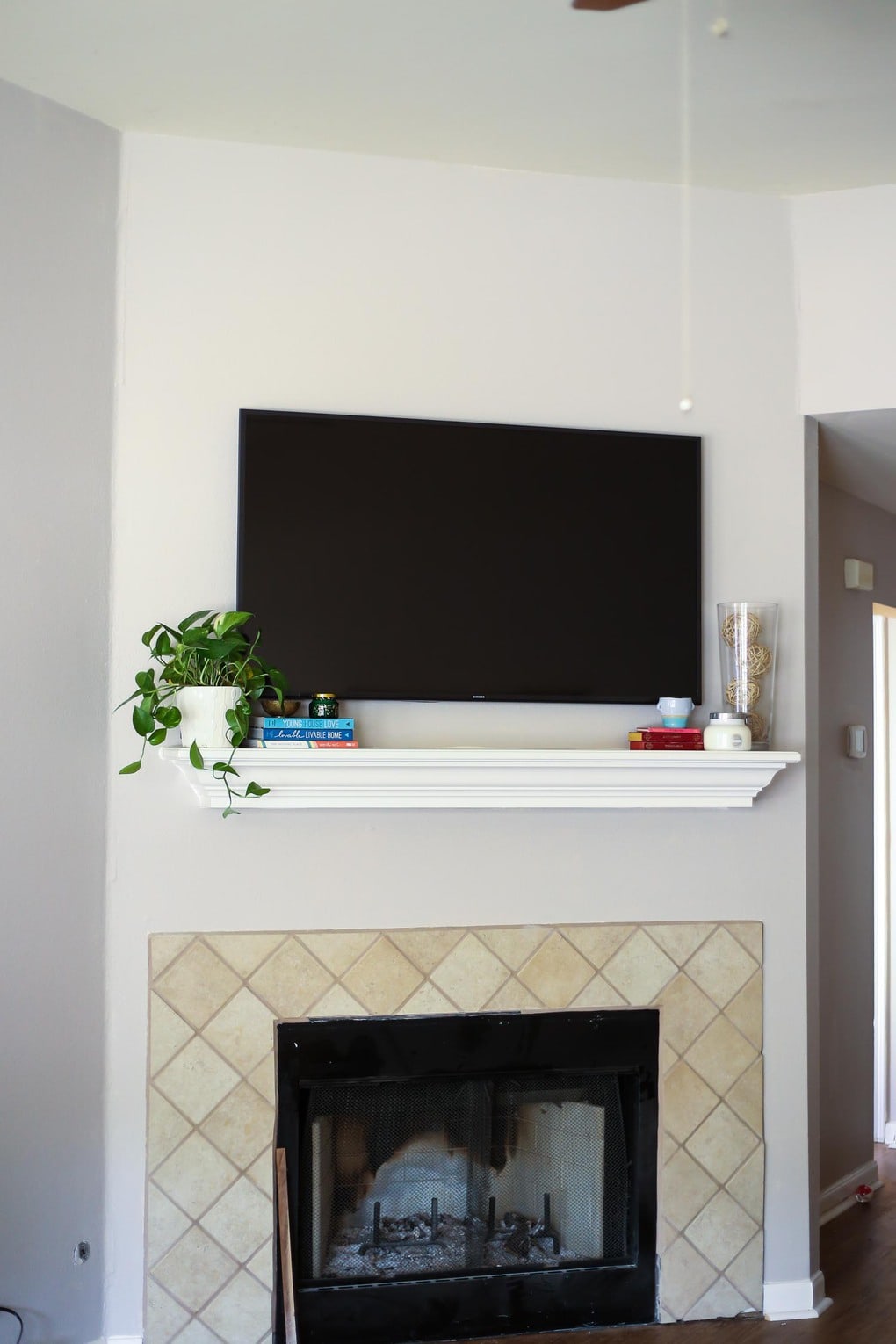 Like I said at the beginning of this post, I’m still learning how to decorate a mantel around a television. It’s a much more challenging task than you might originally think, and it’s hard to strike the right balance of full-but-not-too-full and pretty-without-being-distracting. Especially when the entire fireplace is very blah, and it’s not much to look at to start with.

The struggle is real, y’all.

But, over the last couple of months that we’ve lived here, I’ve done a lot of playing around with decorating  our mantel – I’ve moved things around, I’ve swapped things out, and I’ve lived with a bunch of different configurations and I’ve finally landed on a few simple guidelines that are going to be a good start for me as I keep pushing myself and learning more. So, here’s what I’ve got so far – I’m going to share a few of the basic “rules” I’ve picked up on, along with some photos of a few different mantel designs sprinkled in.

How to Decorate a Mantel with a Television 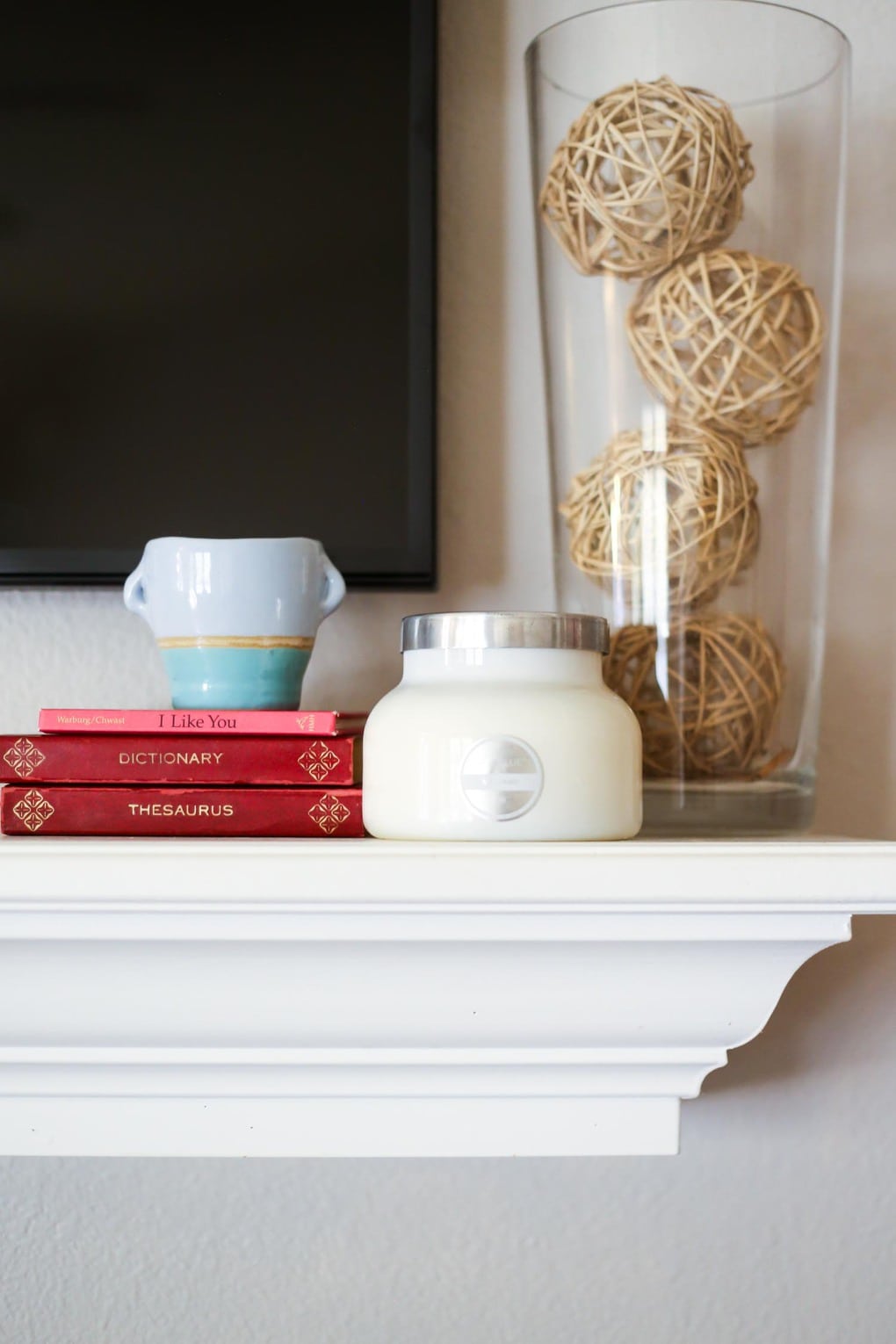 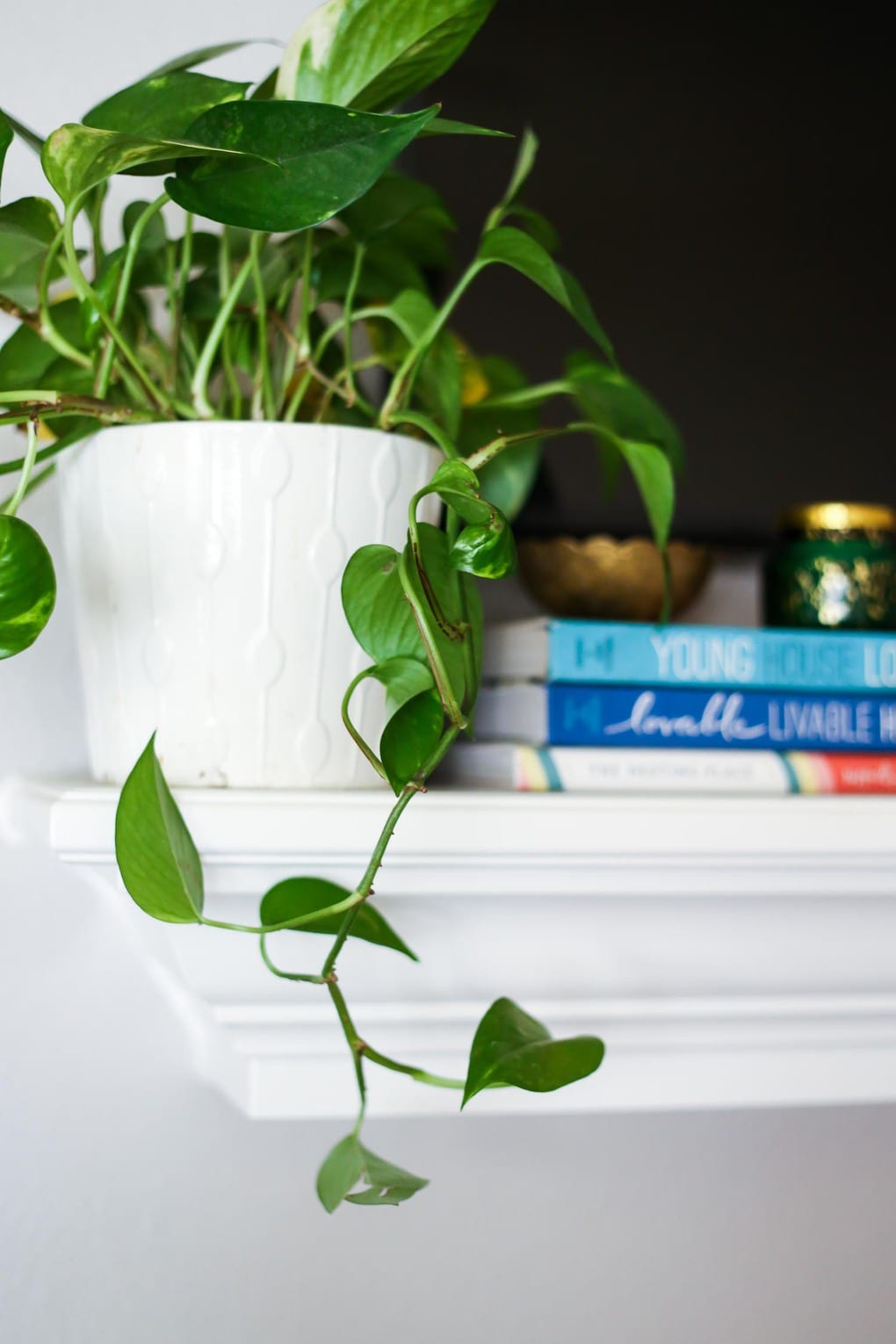 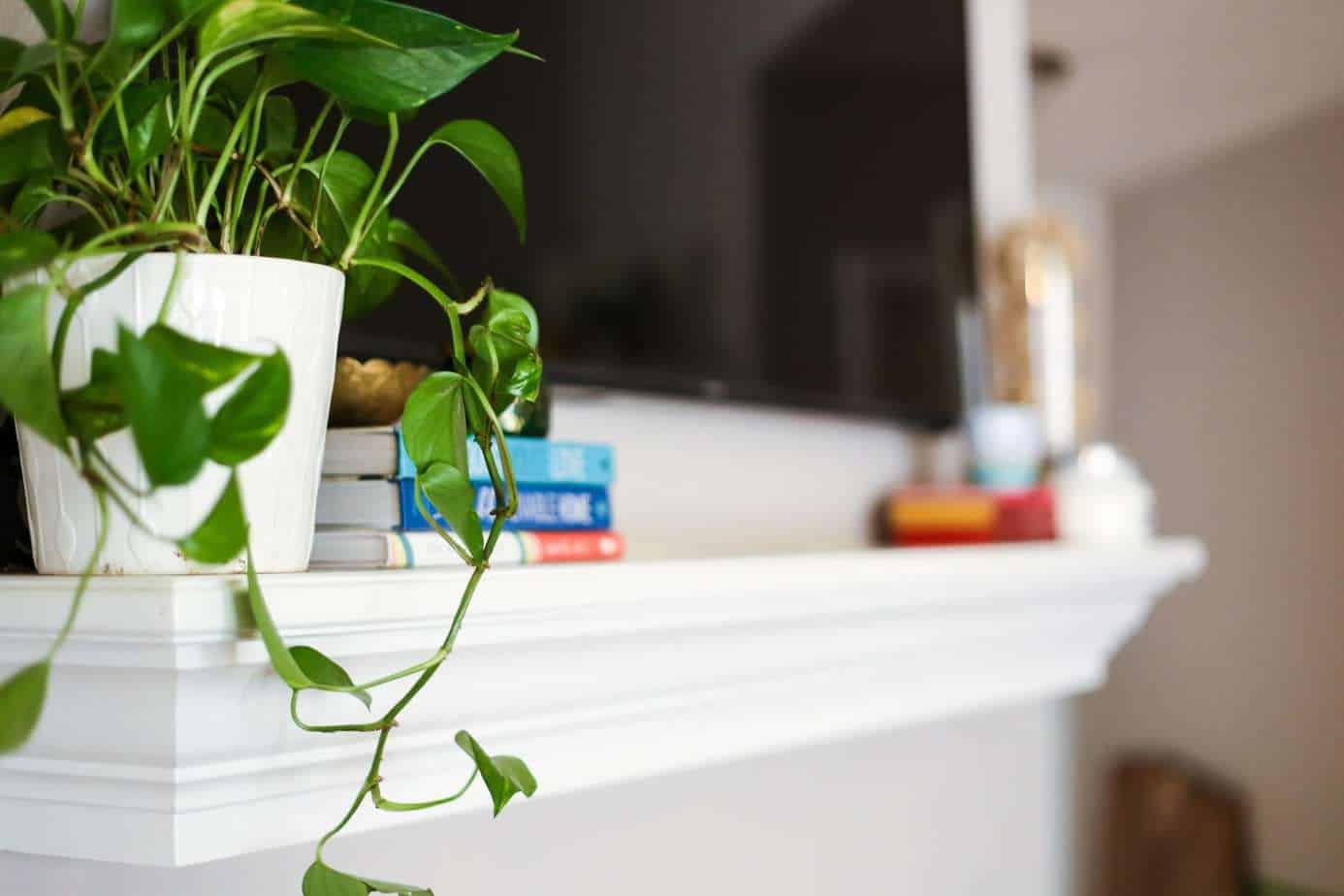 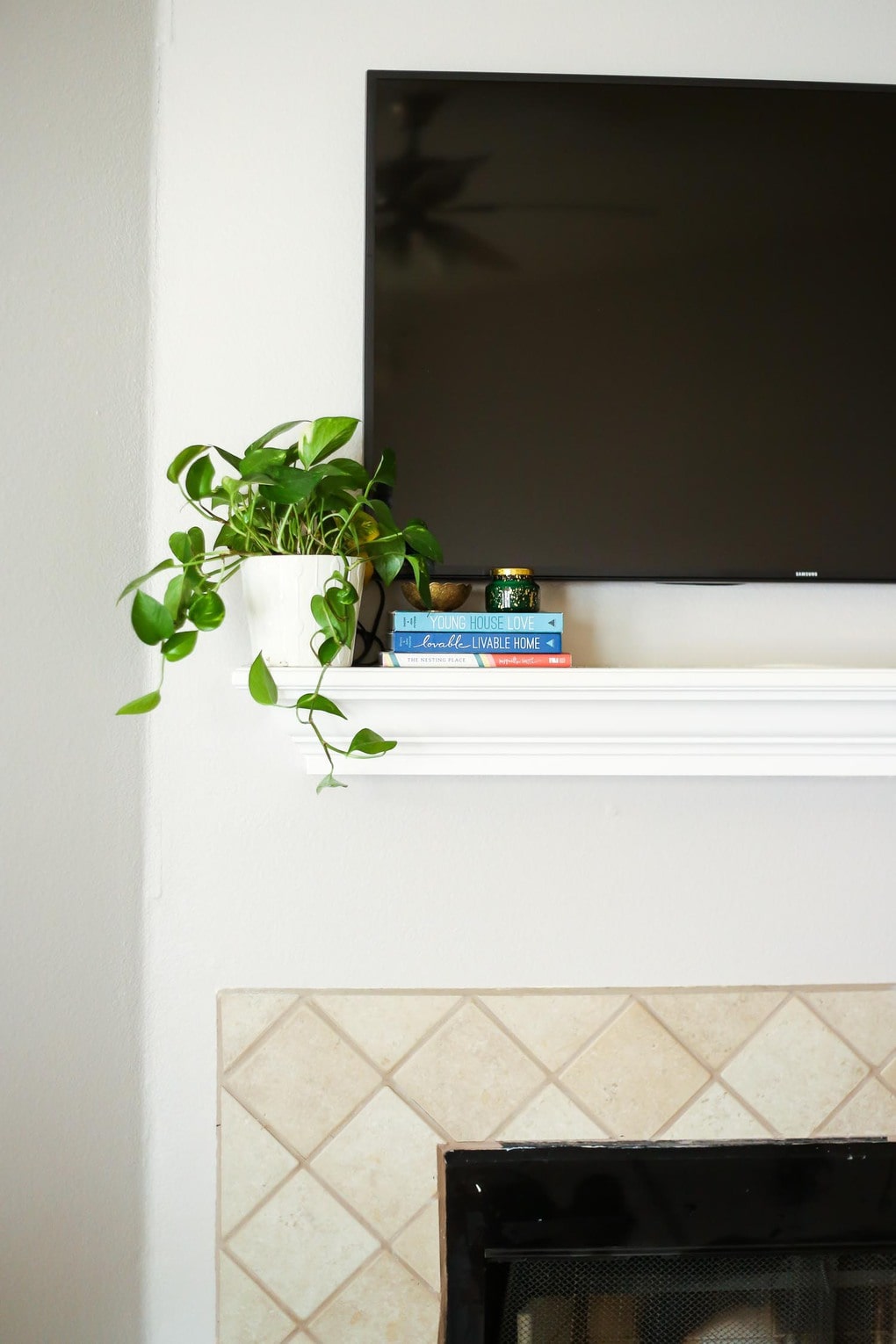 Of course, if having a television above your mantel really makes you crazy, there are always lots of options for how to cover it up. You could inset the television and hang some doors in front of it, you could hang art in front of it, or you could get one of those fancy televisions that look like art when they’re turned off (I’m dying for one, but holy $$). But, for those of us who don’t want to totally alter our homes to hide the tv (what if I build an inset and the next family doesn’t want to put the television there?), we’ve gotta figure out a way to work with what we’ve got!

What are your favorite ways to decorate your mantel? Be sure to check out all of the posts from the other bloggers, especially if you want some ideas for mantels that don’t have a tv hung above them! 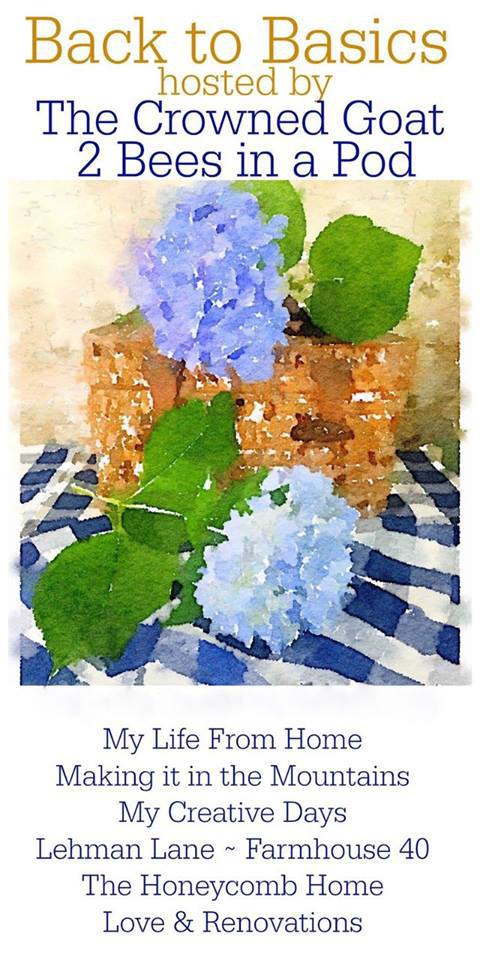