I love to share our favorite board game recommendations! Today I’m chatting about our favorite date night games – a few of the board games we love to break out when we’re looking for a quiet night at home.

I’ve mentioned a few times before that Corey and I love board games. We have a pretty big collection and we play on the regular. But, I’m not talking about Monopoly and Life. I’m talking about unique, creative, and strategic board games that you never dreamed of when you were a kid.

We’re always trying to recruit more people into this awesome world of board gaming, and so many people have no idea that these amazing games exist, so I thought today I’d highlight 10 of our very favorite games to play on date night. It can be hard to find games that work well with just two people, but these are the best of the best! 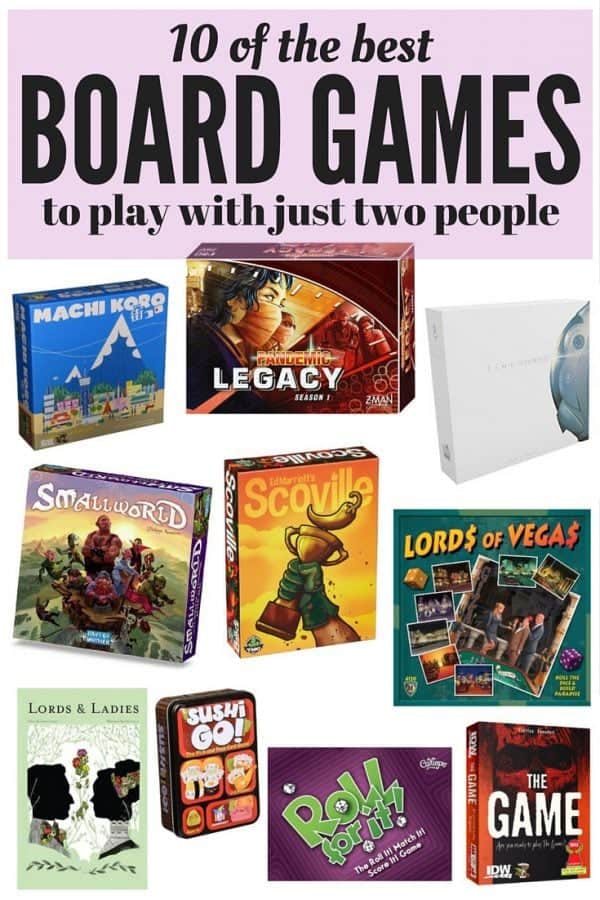 If you haven’t ever checked out any of these more unique board games, I highly recommend that you think about doing so. It’s honestly not a hobby I ever thought I would get into, but the more games we play the more I fall in love with the hobby as a whole. It’s a great way to spend time together that’s engaging, mentally stimulating, and provides a lot of opportunity for bonding and conversation! What are your favorite board games to play?