Board games are a great way to bond with your family, and perfect for a night with friends! We love playing games with our friends and I wanted to round up a few of the very best cooperative board games!

If you’ve been reading here for any length of time, you’ve probably heard me chat about board games before. I love to share the board games that Corey and I are playing and share some of my favorite recommendations with you, and today I’m back with a list of our favorite cooperative board games.

What’s a cooperative board game, you ask? It’s a game where instead of playing against each other, everyone playing the game works as a team. It’s great for groups that get overly competitive because either everyone wins or everyone loses – there’s usually no one winner who can gloat over everyone else. Some of the games I’ve listed below are only partially collaborative – a couple of them have one person working against everyone else, or one person leading the game while everyone else works together. We really love this style of game as it always adds a really fun twist on our board game nights, and it’s a fun way to play games that a lot of people aren’t familiar with.

If you’re not familiar with board games or my obsession with them, you might be side-eyeing me right now – why are we talking about board games on a home decor blog? Let me explain – I believe that making your home beautiful is important, but I believe it’s even more important to enjoy the time you spend in it with the people you love the most. I’m all about making your home feel cozy and relaxing, and I love to share ways that we make the most of our time at home.

Corey and I are really into playing board games – we love to play on at-home date nights or when we have friends over, and as I’ve begun to share some of our favorite games I’ve learned that a lot of you are really avid board gamers too! I love hearing your recommendations and sharing the new games that we’re playing, and I love when I have someone tell me that they’re trying a new game because I suggested it. Especially those of you who don’t normally play board games!

Basically, my mission in life might be to teach you that you don’t have to be a pro to make your home beautiful but my other mission in life is to turn the entire world into board gamers. So that’s what we’re working on here.

Just try it. I promise you won’t regret it. 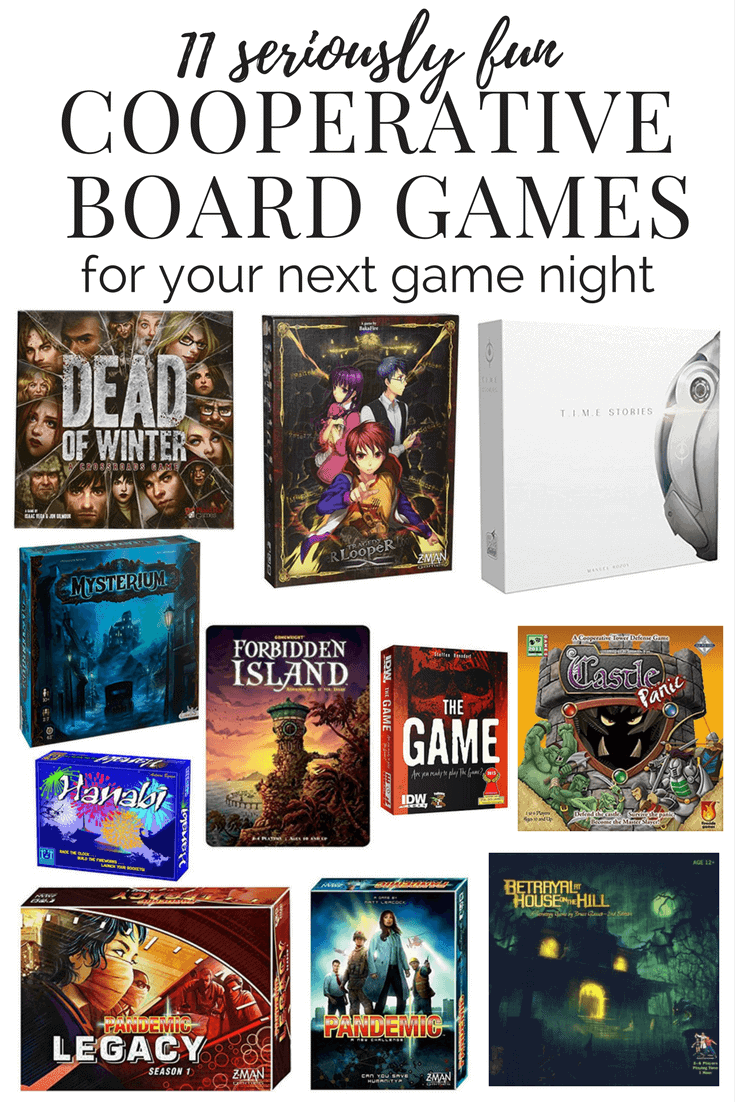 What are your favorite cooperative board games?