Corey and I are big board game people. I’ve shared some of our favorites before and these posts always seem to be a big hit (see all of my board game lists below!), so I’m here today with another list of fun board games for adults to play – because board games shouldn’t just be for the kids!

We love to have people over, and games are a fantastic way to spend the evening when you’re having a party. We’ve had lots of friends who were originally resistant to playing board games with us, but by the end of the night they’re usually asking when we can do it again! It’s taken us some time to gather a good collection of games that work well with a crowd, so here are our top 10 that we go to over and over! 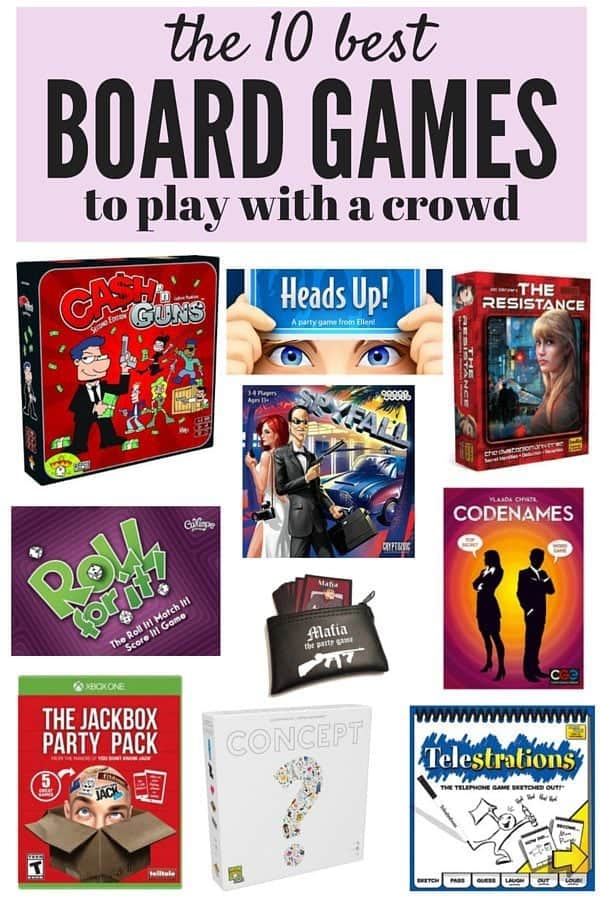 Board Games to Play With Friends

These games all make very frequent appearances at our dining room table! We’ve tried our fair share of party games, but these are the ones we keep going back to over and over.

What kinds of games do you like to play with a big group?